Begin typing your search above and press return to search. Press Esc to cancel.

An ideal op-amp has no current flow at the inputs. The world is not ideal.

In the real world, tiny amounts of current actually do flow into both the non-inverting and inverting inputs of your component. These currents are referred to as the input bias currents, IB+ and IB-. The causes of them are inherent to the design of the op-amp. They are used to bias the internal FETs or BJTs that make up the internal circuitry of the part. As with the input offset voltage, the non-inverting and the inverting bias current values may be very close, but not the same. The difference of the two values, (IB+) – (IB-), is the Input Offset Current.

The bias currents are important, because they will create a voltage across any input impedance that might exist. Consider a very simple example: you have a DC signal source that is very, very high impedance, let’s say 1MΩ, so you want to buffer it. With an idea op-amp (the one with no current at the inputs), then VIN would equal the VOUT. 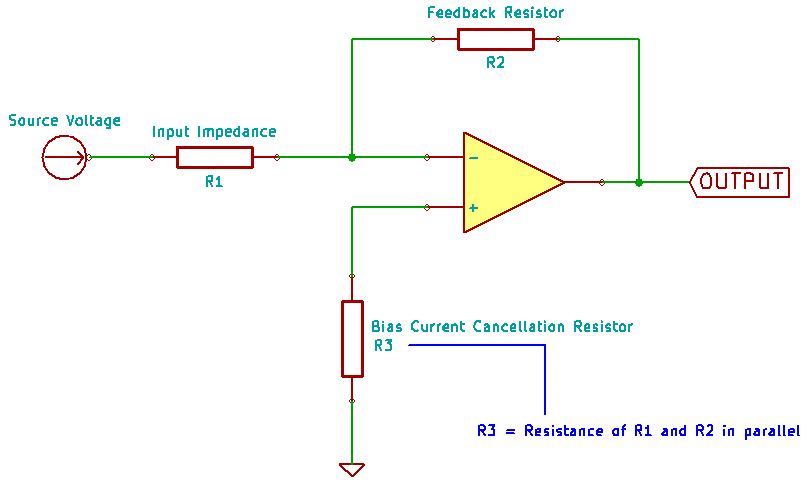 Here are some example components…

+ There are no comments